I haven’t had the time post here for quite a while, mainly because I have been wasting time thinking about useless things during my precious weekends. I always wanted to write a continuation of what happened after taking that leap of faith. Well things really didn’t really go as what I expected to. After finally having some alone time, I decided to get this out of my head when it is still fresh. I always love to express my thoughts in words, so you got to say that WordPress is perfect for the writer me hah! 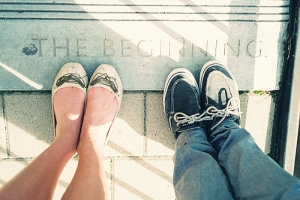 If you were wondering what happened to that leap of faith, let’s just say that I jumped, I thought I made it, only to be dragged back to the starting point. Although you wished that you had made it, but you got to face reality that perhaps: you didn’t.

After making that leap of faith, I thought the hard part is finally over. However, you didn’t really acknowledge the fact that we were together, which made me wonder whether you only said yes because you didn’t want to hurt my feelings. We didn’t feel like a couple at all, but I lied to myself that you just need more time. Yesterday, you were complaining about your stressful university life. And today before we went our separate ways, I wanted to give you a hug and tell you that everything will be fine. It didn’t happen.

Somehow, we started to be honest with each other and I was glad that we talked it out, like what couples would do when they fight. But in the end, we decided to take a step back, back to friends, since you needed some breathing space to sort out everything that had happened. Although there might be a chance that we would be back together, stronger as ever, it felt like we will never happen again. You asked if I felt hurt, I said that I wasn’t. The truth was that it felt like a dagger through my heart, and I was holding back my tears, but I put on a strong front and acted like it was nothing. I could still remember how relieved you look when you finally let go of your bottled feelings, how could I have possibly cried at that scenario? When we went our ways, you didn’t even want me to walk you a short distance and you used us stepping back as an excuse so that I would stay put. At that moment, I thought of how ironic that when a couple breaks up, its usually the girl that is sad while the guy is happy. It was the exact opposite. While I cried myself to sleep, during that night you probably had one of the best sleeps in a while.

I pretended to fall asleep in the train, but in actual fact I was crying, head bent over with my bag covering me. I never cried that badly since the few days of enlistment, sometimes I wonder whether I really do have the hormones of a 18-year old guy. There was actually nothing to cry about, it wasn’t like a real relationship, but I just cried it out, I simply just cried. What hurt the most was that you thought that I was only after you because I was ‘bored’ in the army. This is when I wished that I was closer to you during schooling days and maybe I picked up the courage a little too late.

It’s really hard when you like someone, because when you do, the person’s actions determine your feelings and emotions, and it feels like you’re on a roller coaster. You can feel like the top of the world, and the next day this world suddenly collapses. Before all of this started, I was perfectly normal and living life to its best, now I just feel like crap. Looking back, I feel like a total idiot whose senses got totally blinded by love. I was way too optimistic and naive, and thought that everything would fall into place after getting together, but none of what I thought really happened. I imagined myself walking you back home while we hold hands; I imagined us taking selcas where we would do silly expressions together; I imagined hugging you goodbye after every date; I imagined us like any couple outside, just having fun together and appreciating each other’s company.

But all of the above would only happen in a real relationship, which I always imagined to happen between us. When you said okay, I thought that you gave me a chance to show myself that I can be the guy for you. Now I realized the okay you said when I asked you to be my girlfriend was meaningless, since that chance probably didn’t existed in the first place. Relationship is like two people playing tug-of-war: It’s only fun when both people tried their best and keep pulling. Once a person lets go, there’s no point in the other to keep trying. So let’s use that analogy, I wished that you would have hold onto the rope, but I guess you didn’t want to. God I must sound like the most desperate guy out there, wishing that you would have liked me back and making you sound like a criminal when it didn’t work out between us. Well sadly, you can’t exactly force someone to like you, as much as you wanted it to happen.

Like I said before, there are many things in life out there, it was just that I couldn’t see it because of you. Shit happens, not everything in your life can go your way, but life goes on. Today, I suddenly wished that you would have just said no so that the pain would have been less. I wondered how much I must have liked you for me to get out of my comfort zone which I never thought I would have. So should I just give up here or continue the chase? I don’t know if I can take another heartbreak again, I don’t want to go through what I’m feeling right now. Bounce back, and come back even stronger. Things now between us, as much we deny it to be, will never be the same again, and I have no idea what to expect now.

As much as it hurt, I guess I had to let go, and now I only wonder if the heart shape emoticon which I deleted from your name from my phone would ever return… 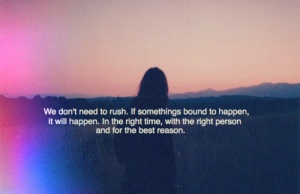