Nope, this isn’t going to be a fanboy post (sorry for the misleading title haha), but I’m going to do a quick write up on my thoughts after completing my first half-marathon.

So after a disappointing run at NUS and a not-so-good U-Run, I had around 1 month to train up for my next run, the 2XU Compression Run. During weekdays in the army, the battalion had a training programme to get us ready for SBO2, which included field pack PT on Monday, combat circuit on Wednesday, and long-distance/combat runs on Friday. Having to do such activities didn’t give me the time and energy I needed to do my own training, so I had to resort to doing shorter running sessions, such as interval training and tempo runs. My weekends were busy with driving lessons (which I can’t believe that I FAILED AGAIN SIGHHHHHHH T_T) and meetups, along with the fact that I want to just chill and relax during the weekend, resulting in myself not training at all during the weekend.  The only proper preparation I did was to carbo-load and tapering 3 days prior to the run, which really helped me during the run. I was definitely worried that I couldn’t complete such a distance as the furthest I went was 15km only, and with such minimal training it would be hard to see myself finishing the run without stopping at all. But I had to work with what I had and proceed on with the run on Sunday morning.

As the morning arrives, I slept like only 3 hours and dragged myself out of my bed. Did my usual pre-run before leaving the house routine of drinking a can of 100 PLUS and eating a banana before my dad drove me to the F1 pit building. It always feels great to see so many runners gathered around early in the morning to go for a run. Did my final preparations, tying my double knots for my shoelaces, going to the washroom and spamming muscle cream on my thighs and calfs to warm them up. With the air horn sounding, I plugged in my earphones and off I go with another run! Since my only aim was to finish the run and had no time in my mind, I ran without much stress and just decided to give it my all. All went well as the route was usual, going out of the CBD to Kallang River and back. Around the 13km mark, I tried my first-ever sports gel, which didn’t taste nice but it somehow helped me with the following 5km ahead. Unfortunately at the end, the burst of energy ended and I started slowing down and eventually walked from the 19km mark. I could feel my right thigh start cramping (another sign to show how untrained my leg muscles are) and with much effort, I ran past the finish line with a good timing of 2:18:30.

While resting under the sheltered area, reality started to set in and I was thinking, “Did I really finish it?”. Maybe it was due to the carbo-loading, the run felt much better than my previous run as I was able to keep a constant pace throughout the first 19km. Around 1 year ago, I had problems finishing 2.4km without stopping, but now I’m running 21K. 21K with this lousy body within a year, the former unfit me feels like a distant memory already. This just shows how far (get the pun? :P) you can go if you are willing to put in the effort. I always envied people who were able to complete long distance runs and now, I actually did 1 myself and know how it feels. I’m hesitant to have the ‘runner’ tag and being called one since I only started running 6 months ago, but I feel happy when I see others running and reaping its benefits. You don’t have to be like super fast to run, just run at any pace and any distance which your heart desires. Proud of myself for achieving such a feat, and it felt really awesome sitting there after finishing the race. Was lazy to queue up for the good stuff, so I went to head for the free beer which felt awesome after the run. Limped (yet again) my way to the MRT and headed back home to catch up on the lost hours of sleep before going back to camp. 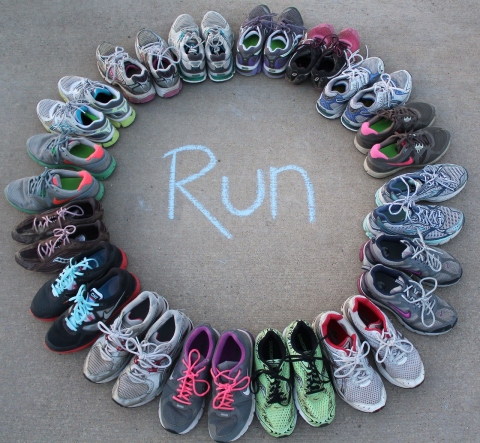 So that’s 1 more strike off the bucket list, and this left me with 2 more months to sundown. I would have liked to go for a few more runs before attempting a full marathon, but there are only 2 main marathons which I have my eyes on, Sundown and Standard Chartered. I probably would walk half of the time during my first marathon, but it would be a good experience to feel how a full marathon is like and be able to prepare for the much further Standard Chartered later in the year. So for now, I would be focusing on more strength training to train up my leg muscles, watching my weight to remain as light as possible, and to increase my mileage every month so that my body can get used to the harsh 42km on the day itself. With that said, I shall lower my expectations to something more feasible as listed below.

New running goals by the end of the year:

Okays nothing much to write for this post… I need to think of some new topics to write here, need those brain juices to start working again. (should start writing 1 for my SNSD fanboying~)